Northern Germany opens the door to the most innovative region in the world: Schleswig-Holstein and Hamburg establish a branch in Silicon Valley 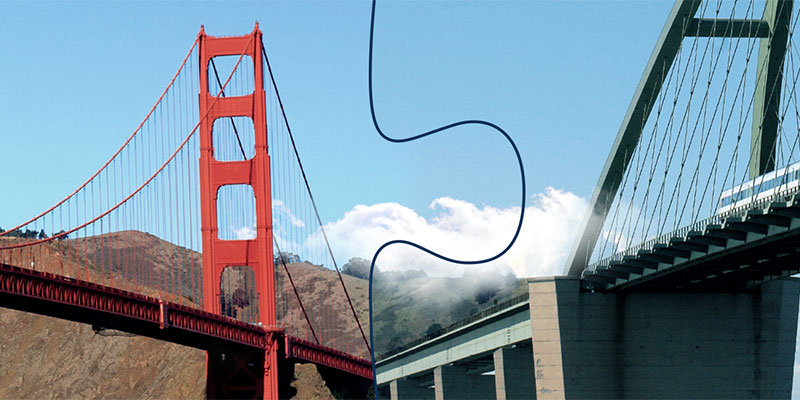 Companies and innovative founders from Schleswig-Holstein and Hamburg will from now on have a contact point at one of the most important locations of the IT and high-tech industry worldwide. In San Francisco, both federal states will open the Northern Germany Innovation Office Schleswig-Holstein / Hamburg together with other participants on August 28.

On this occasion, the head of the Schleswig-Holstein State Chancellery, Dirk Schrödter, will lead a delegation of around 60 business and scientific representatives to San Francisco. According to Dr. Thilo Rohlfs, Secretary of State for Economics and Technology, the aim of the project, which is initially limited to three years, is to network companies from Silicon Valley and San Francisco with players from northern Germany. To this end, staff members in San Francisco will cooperate closely with their colleagues from the Business Development and Technology Transfer Corporation of Schleswig-Holstein (WTSH) in Kiel.

“It’s simply about opening the door to the most innovative region in the world for us,” says Schrödter. In this context, he also thanked Kiel’s Lord Mayor Dr. Ulf Kämpfer for the intensively nurtured town twinning between Kiel, the state capital, and San Francisco, as well as the enormous commitment of the “The Bay Areas” association.

Schrödter continues, “Now we have to strengthen and deepen the contacts and relations between San Francisco and Schleswig-Holstein”. This also includes the fact that the North has a local liaison office and is showing its colors.

According to Frank Horch, Hamburg’s Minister for Economics, Transport and Innovation, Silicon Valley is one of the most important locations for the IT and high-tech industry worldwide. “Through our companies and our Hamburg Ambassador Petra Vorsteher, we have developed connections to the region. Many global corporations have their German headquarters in Hamburg. That’s why it’s particularly important for us to be on site with an office,” says Horch.

Silicon Valley stands for a large number of companies that are world leaders in the development of new technologies in the field of digitization. For medium-sized companies from Schleswig-Holstein, it makes sense to look beyond the horizon and learn from the companies in Silicon Valley, said Dr. Bernd Bösche, Managing Director of WTSH. Above all, it is about “identifying transferable ways of thinking and acting and making them usable for our companies”. It is about “preparing agile management methods and corporate culture, ways of thinking, structures and tools for our companies and making them tangible”.

To show such possibilities and to create concrete offers will be the task of the WTSH in the next three years within the scope of this project, said Bösche. In addition, opportunities for cooperation between Schleswig-Holstein companies and companies in Silicon Valley are to be explored.

The network and connections to Silicon Valley are provided by the team of the Northern Germany Innovation Office. Specifically, companies from northern Germany are to be supported in establishing contacts with companies in San Francisco and Silicon Valley with suitable partners. They will also have the opportunity to spend time in Silicon Valley tailored to their company interests and thus gain insights into the working methods of local companies and the scientific community.

In addition, the Northern Germany Innovation Office will also drum up advertising for the federal states of Schleswig-Holstein and Hamburg in the San Francisco region and provide advice to American companies interested in northern Germany.

Other partners of the new establishment include the State Capital, the City of Kiel, Eurocon Ewoldt und Rösler Consultants GmbH (Kiel), KPS-Concepts GmbH (Schönkirchen), Dataport (Altenholz) and Mach AG (Lübeck). WTSH has been building the San Francisco office on behalf of the State since April.

Note to the editors:

The following quotes from partners and participating companies are available for further use:

Lord Mayor Ulf Kämpfer, the City of Kiel:
“With the opening of the Northern Germany Innovation Office, connections between Kiel and San Francisco will be even closer. This gives us a great opportunity to further expand our contacts in the Bay Area.”

Mayor Hans-Werner Tovar, City of Kiel:
“I am very sure that both sides will benefit sustainably from this already lively town twinning.”

Dr. Rolf Strittmatter, Hamburg Invest:
“According to the KfW Start-up Monitor, Hamburg and Berlin are the states with the highest start-up activity. And San Francisco is one of the hotspots for startups worldwide. Hamburg has therefore been planning to have a stronger presence in the region for quite some time. An office together with Schleswig-Holstein is advancing the entire North”, commented Dr. Rolf Strittmatter, Managing Director of Hamburg Invest.

Andreas Reichel, Chief Technology Officer of Dataport:
“We want to get to know innovations at an early stage. This is best done on site. This enables us to decide quickly whether an approach is suitable for advancing the digital transformation of public administration”.

Thomas Ewoldt, EUROCON Ewoldt & Rösler Consultants GmbH:
“Our world will continue to change rapidly due to business models and the new thinking from Silicon Valley! We are interested in understanding, learning and knowing what’s coming. Through our joint office in San Francisco, we are specifically seeking proximity to companies and interesting people to see what can be jointly developed. In projects with our customers, we would like to link the dynamic Bay Area with the great potential of Northern Germany more closely in business terms. Here we follow Edwin Lee’s invitation and look forward to San Francisco and the people in the Bay Area.”

Klaus Peter Schatzmann, KPS Concepts:
Through its San Francisco office, KPS-Concepts will expand its network with other SAP cooperation partners in the USA. We would like to continue to promote and support the current motivation and dynamism of the development of communication between the regions, says Managing Director Klaus Peter Schatzmann.

Rolf Sahre, MACH AG
“Through our office in Silicon Valley, we hope to recognize the opportunities and benefits of new technologies and business models at an early stage and make them available to our customers. This is how we want to promote innovations and thus sustainably improve the administration – for every employee, for all citizens and companies and thus for our common future,” says Rolf Sahre, CEO of MACH AG.